The Research Centre for Greek and Latin Literature of the Academy of Athens is establishing a series of one-day annual conferences, entitled Interdisciplinary Perspectives in Classics. The aim is to bring together, at the Academy of Athens, the oldest and most prestigious research institution of Greece, researchers from all over the world to discuss, through the lens of interdisciplinary scholarship, a variety of topics that shed light on the cultural workings in ancient Greece and Rome. The new series of conferences will give the floor not only to classicists, but also to scholars from several other disciplines, whose theories can shed welcome fresh light on the study of antiquity. 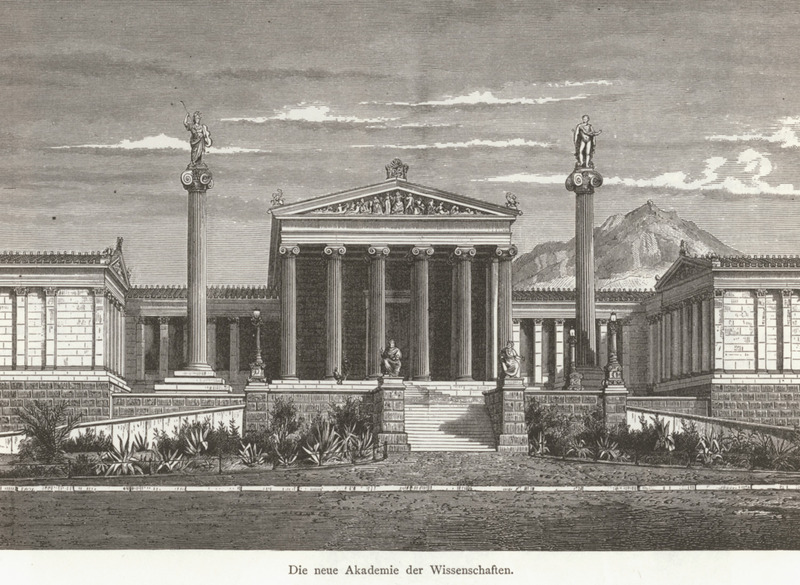 The first conference in the series of Interdisciplinary Perspectives in Classics is about non-verbal communication, a term that refers to the (conscious, intentional and voluntary or otherwise) ways of communicating without the use of language, and conveying implicit or explicit messages to the audience. For Donald Lateiner, non-verbal communication is “a useful umbrella, or covering term for all human acts and responses capable of communication – conscious, intentional, voluntary, or otherwise – and including gesture, posture, body-talk, paralinguistics, chronemics and proxemics. Events include somatic, vocal (non-verbal), dermal, thermal, and olfactory messages, and experiences” (Sardonic Smile, p. xix). Non-verbal communication has received increased attention and entered the scene of humanistic sciences: psychology, anthropology and sociology, performance studies, body culture studies and, of course, classics. René Descartes, Charles Darwin, Marcel Mauss, Maurice Merleau-Ponty, Simone de Beauvoir, Monique Wittig Michel Foucault and classicists, such as Donald Lateiner, Alan Boegehold, Anthony Corbeill, Douglas Cairns and James Porter, are only a few who explored aspects, and helped enhance our knowledge and understanding, of non-verbal communication in varied historical and cultural contexts.

The study of non-verbal communication is an essential component in any attempt to reconstruct, understand and interpret the systems of cultural, literary, institutional, moral and inter-personal communication in Greco-Roman antiquity. Information about non-verbal communication sheds new light on the rhetorical strategy and the communication techniques of public speakers, and how these are used to persuade the masses in legal and political meetings. It also helps us better understand performance and cultural conduct in the contexts and institutional settings of verse and prose genres (e.g. theatre, symposia, religious festivals, athletic and musical contests). We can, therefore, learn a lot about the ancient civic/political communities themselves: what its people believed about the physiognomic, moral and behavioural virtues of the ideal citizen, sexuality, cultural performances and obligations towards the community (e.g. military service and the defence of the city on the battlefield).

Conference papers explore aspects of non-verbal communication that include, but are not limited to, the references made in the first paragraph of this description. Non-verbal utterances or any other mark or feature of human physiology and physicality, including vocality (e.g. articulation, pitch, rhythm and pace), gesticulation, religious and cultural kinesics (e.g. supplication, hand-shaking), aesthetics (e.g. cosmetics and attire), and semi-reflexive bodily actions (e.g. sneezing, spitting and coughing), which allow identification of an individual’s character, state of emotion, sexuality and contextual (i.e. political, social, economic and moral) mood, are topics of importance for the purposes of this conference. Topics also include references to mime, animals and how texts describe the sounds of physical disasters (e.g. earthquakes). Our approaches to non-verbal communication are informed by interdisciplinary themes and theories, e.g. emotions, psychology, cognitive studies, anthropology, critical discourse analysis and sociolinguistics.

If the situation with COVID-19 in Greece and Europe gets under control, the conference will take place at the awe-inspiring building of the Academy of Athens, a neoclassical building between Panepistimiou Street and Akadimias Street in the centre of Athens.