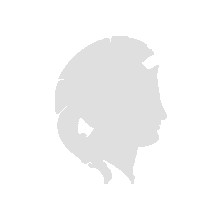 Statement of the Academy of Athens for Aghia Sophia

The Academy of Athens addresses itself to the Academies of Europe, with which it shares a common ancestry and common intellectual and scholarly aims:

“The Academy of Athens wishes to castigate the change in the use of the resplendent monument of Aghia Sofia from that of a cultural and spiritual memorial edifice to a site of active Muslim worship. Kemal Ataturk’s 1934 decision, explicitly intended to attribute to this monument the character of a shrine of global significance, was both sagacious and worthy of its long heritage. Its reversion to a status, which the very founder and regenerator of the Turkish state had himself rejected, constitutes a grave error. An error that, will, henceforth, represent a perennial stigma for the Turkish people, whom it will portray as arbitrarily appropriating a monument long regarded as a possession of all humanity, as well as a global symbol of good will and of peaceful co-existence among peoples.“