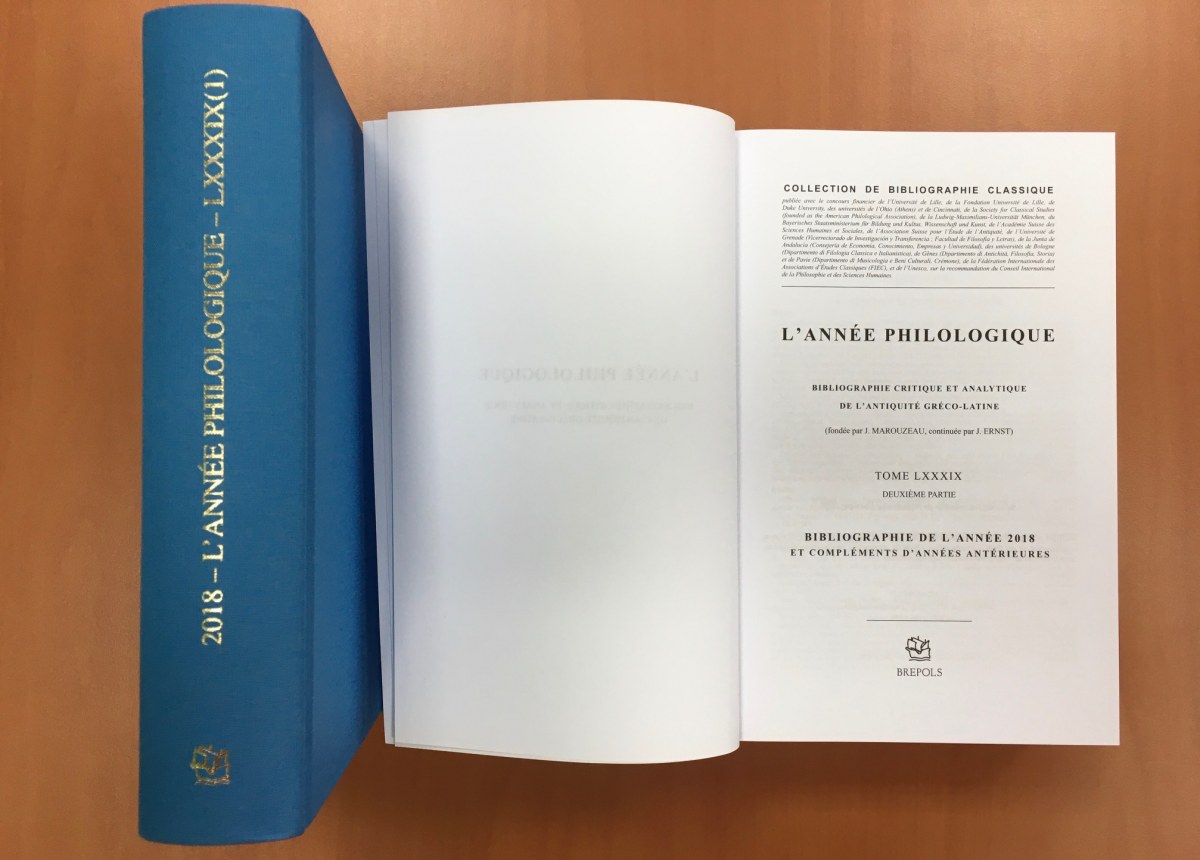 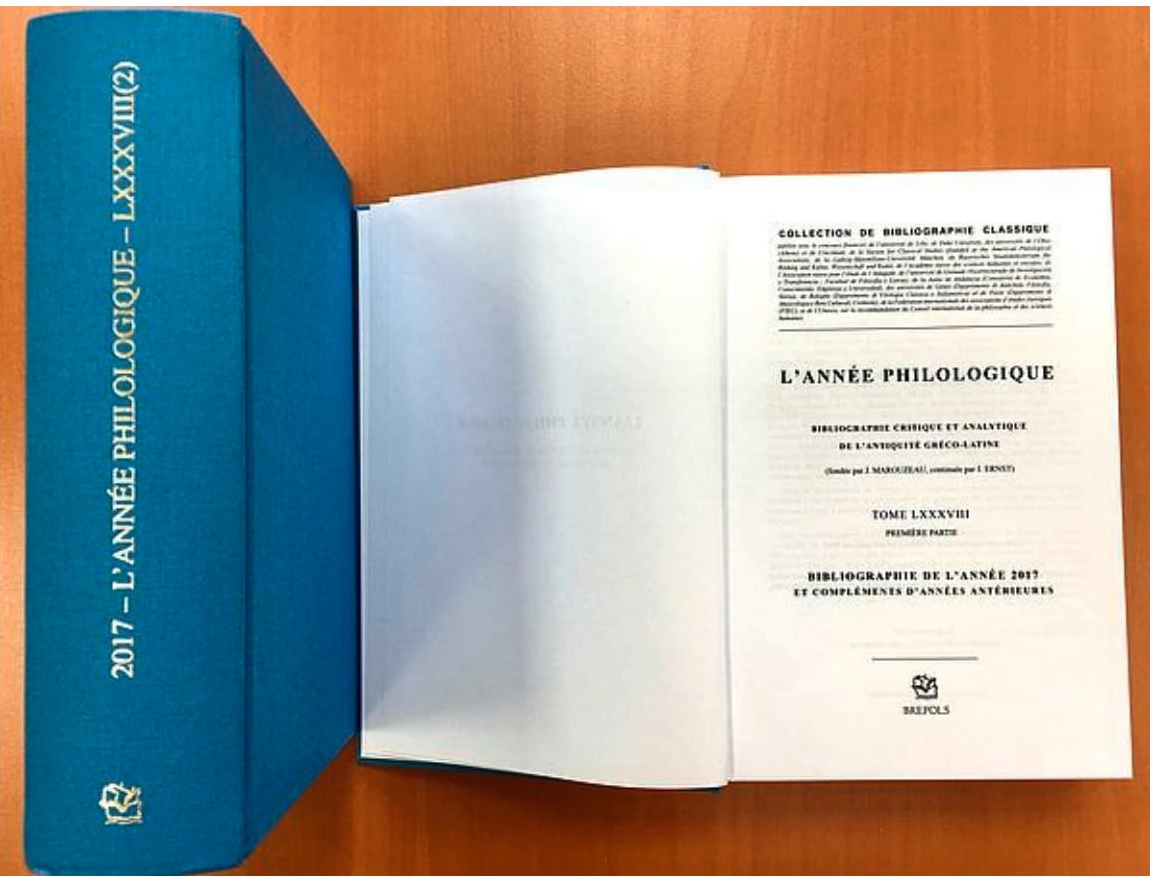 L'Année Philologique, a specialized bibliographic database of scholarly works relating to all aspects of Ancient Greek and Roman civilizations, was created in 1926 by the Latinist Jules Marouzeau. Its first volume appeared in 1928 with the data of the years 1924-1926. Since then L'Année Philologique has become the most essential and useful working tool for studying Greco-Roman antiquity. Published by Société Internationale de Bibliographie Classique, L'Année Philologique is available both in print and online (subscription is necessary). The online database includes all volumes of the annual index, beginning with Volume I published in 1928. Since September 2018, the database is available for library subscription via the commercial publisher Brepols Publishers.

L'Année Philologique offers accurate bibliographic information, including summaries of works and references to reviews, as well as keywords that help users search for publications. This database provides an index of the titles of publications in all possible forms (i.e. journals, chapters in collective volumes and conference proceedings, books). It covers a wide range of fields relating to ancient Greek and Roman cultures (text editions, linguistics, history, law, archeology, religion, mythology, philosophy, epigraphy, papyrology, but also early Christian and other ecclesiastical texts). In regards to time span, L'Année Philologique includes information about works on Greek and Roman cultures, and the early Middle Ages – roughly from 2000 BC to the mid-8th century AD.

L'Année Philologique consists of editorial teams that are based on several countries around the world: France, United States, Germany, Switzerland, Italy, Spain, and Greece. These teams operate under the auspices of university departments and/or research centres and companies, whose mandate is to provide an in-depth examination of aspects of Greco-Roman antiquity.

The Greek editorial team of L'Année Philologique was established in October 2019, within the Centre for Greek and Latin Literature of the Academy of Athens and under the supervision of Professor Antonios Rengakos (Aristotle University of Thessaloniki and Member of the Academy of Athens). The Greek team is responsible for creating a repository of works (i.e. monographs, journal articles, and chapters in volumes and conference proceedings) that are published by Greek scholarly publishers. All references include precise data and a succinct summary in French or English. The Greek editorial team is supported by the Research Committee of the Academy of Athens.

The Greek editorial team consists of Athanasios Stefanis, Acting Director of the Research Centre for Greek and Latin Literature; Marianna Thoma, Vassiliki-Victoria Tsavdari, Sofia Bouga, Revekka Vasileiadou, Editors; and Daphne Papatheodorou (Editor - representative of Brepols Publishers). The team is being assisted by the researchers of the Academy of Athens, namely the archaeologists George Zachos and Constantinos Kalogeropoulos.

Address for sending publications, correspondence and all inquiries:

Research Centre for Greek and Latin Literature, Academy of Athens